Many scientific studies show that long term exposure to electromagnetic fields (EMFs) from sources such as cell phones causes adverse impacts on sperm cells.  These impacts include several types of malformation of sperm cell heads and reduced motility.

While I have no idea how deep the absorption goes this first image clearly demonstrates what a laptop does to the front of the body. 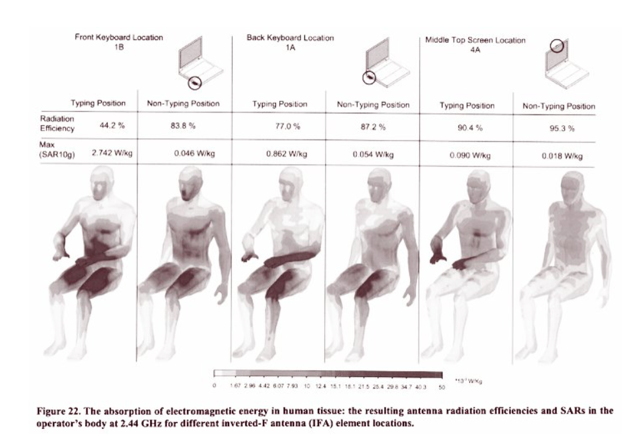 This image, from the fourth study shown here, shows the Induction of Sperm Head Abnormalities in Mice Exposed to Radiofrequency Radiation 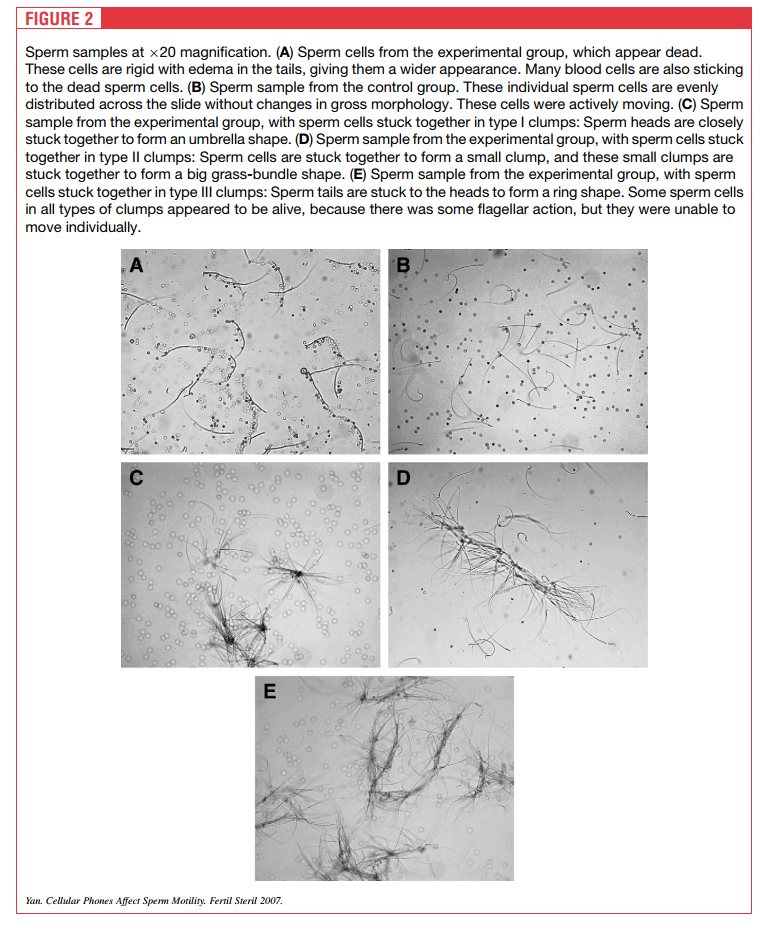 Human sperm count has dropped about 50% over the last 50 years.

Dr. Edmund Sabanegh, MD, Director of the Center for Male Fertility  and Chair of the Urology Department at Cleveland Clinic, says It’s best to keep your cell phone as far from the testes as you can.  “We’ve done a lot of research on cell phones,” Dr. Sabanegh says. “In studies where we directly exposed sperm to cell phone radiation, it did damage the sperm.”

4 studies below on the effect of Wi-Fi and cell phones on sperm:

Exposure to mobile phones was associated with reduced sperm motility (mean difference − 8.1% (95% CI − 13.1, − 3.2)) and viability (mean difference − 9.1% (95% CI − 18.4, 0.2)), but the effects on concentration were more equivocal. The results were consistent across experimental in vitroand observational in vivo studies. We conclude that pooled results from in vitro and in vivostudies suggest that mobile phone exposure negatively affects sperm quality.

3)  Effects of cellular phone emissions on sperm motility in rats

Here is the link to the abstract on PubMed:

Effects of cellular phone emissions on sperm motility in rats.

To evaluate the effects of cellular phone emissions on rat sperm cells.

Rats in the experimental group were exposed to two 3-hour periods of daily cellular phone emissions for 18 weeks; sperm samples were then collected for evaluation.

Rats exposed to 6 hours of daily cellular phone emissions for 18 weeks exhibited a significantly higher incidence of sperm cell death than control group rats through chi-squared analysis. In addition, abnormal clumping of sperm cells was present in rats exposed to cellular phone emissions and was not present in control group rats.

You can download this study from the following hyperlink:

Effects of cellular phone emissions on sperm motility in rats

4)  Preliminary Study on the Induction of Sperm Head Abnormalities in Mice, Mus musculus, Exposed to Radiofrequency Radiations from Global System for Mobile Communication Base Stations

You can also download that study from the following link:

Wordpress theme by www.template-joomspirit.com
Back to top